How to Start in Steel Challenge Competitions: Interview with Competitive Shooter Scott Lepping 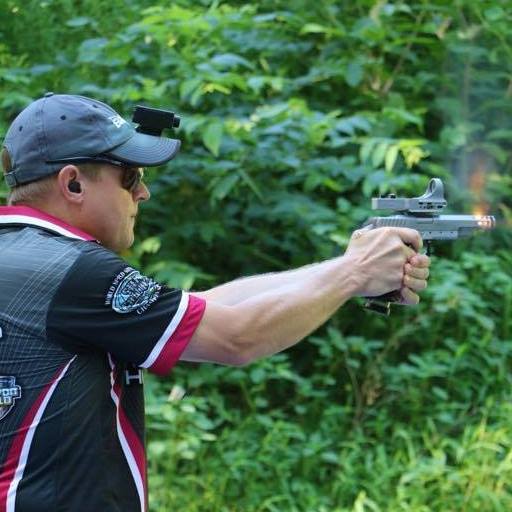 Scott Lepping didn't even own a gun until May 2012. But in the four short years since he bought his first firearm - a Ruger® SR22 pistol - he's quickly risen in the ranks of competitive shooting, competing this year in the World Speed Shooting Championships and placing in the top 20 in all of his divisions. Lepping is part of the team that runs the East Coast Steel Challenge Championships, held September 23-25, 2016 in Pennsylvania. This year the match became the world's largest Steel Challenge event ever held, with more than 275 competitors aiming for a top spot. In our interview with him, Lepping shares his thoughts on why Steel Challenge competitions are great for beginner shooters and shooters of all ages, how to get involved in Steel Challenge matches and the best firearms accessories for Steel Challenge events.

Read on to learn more about Lepping's own experience shooting Steel Challenge matches.

Q: Steel Challenge often attracts beginner shooters. Why is this style of competition so great for people who are new to the shooting sports?

A: I always say Steel Challenge is the "gateway drug" to competitive shooting. In most areas of the country you can find both official Steel Challenge and Outlaw matches. At these matches you will find new shooters, experienced shooters, young, old, male, female, pretty much anyone you can think of from every segment of society. I have met some of the nicest, most helpful and friendly people while shooting and have also made some lifelong friends that I never would have met if it wasn’t for shooting.

Steel matches are low pressure compared to USPSA, IDPA, and some other shooting sports. You can pretty much show up with whatever gear and ammo you have and shoot. If you are new and aren't comfortable drawing from a holster, most matches will let you shoot from the low ready. There usually isn’t any running or movement on stages, so you can stand there and shoot at whatever pace is comfortable and allows you to hit the steel.

A great way to shoot your first match is to show up with a rimfire pistol or rifle, a few mags and a bunch of ammo. Let the match staff know you are new and then introduce yourself to some other shooters and let them know it is your first match. I guarantee they will take you under their wing, make you feel comfortable, show you the ropes, offer advice and let you know how to shoot safe and have fun.

Q: How did you first get involved in Steel Challenge, and how has your competitive shooting career progressed since then?

A: I never owned or fired a gun before May 2012. We live in a rural area and something happened nearby that made me aware of how far away the police really are and that if it really came down to it I was the one that might have to defend my family and property. After discussing it with my wife I bought my first gun, a Ruger® SR22 pistol. The very first time I shot the Ruger®, which was my first time shooting any gun, I went to a local indoor range. I asked the Range Officer to watch me while I shot to make sure I was handling the gun properly and being safe. I hung up a paper target and ran it out to about 10 yards. By the 2nd or 3rd mag I was consistently grouping the 22LR rounds in about a 4 inch circle in the center of the target. The range officer walked in and said I seemed to be handling the gun fine and asked if it honestly was the first time I ever shot. I said I was and he said I really must have some kind of natural shooting ability. After shooting a few more times a few other people mentioned that I seemed to be a good shot. I had already joined the Ruger online forum so I could ask some questions about maintaining the SR22, and I stumbled upon information about a local Ruger® Rimfire Challenge match in the forum. I read up about it and decided I wanted to try it. So I ran out, bought a Ruger® 10/22 and signed up for the match. 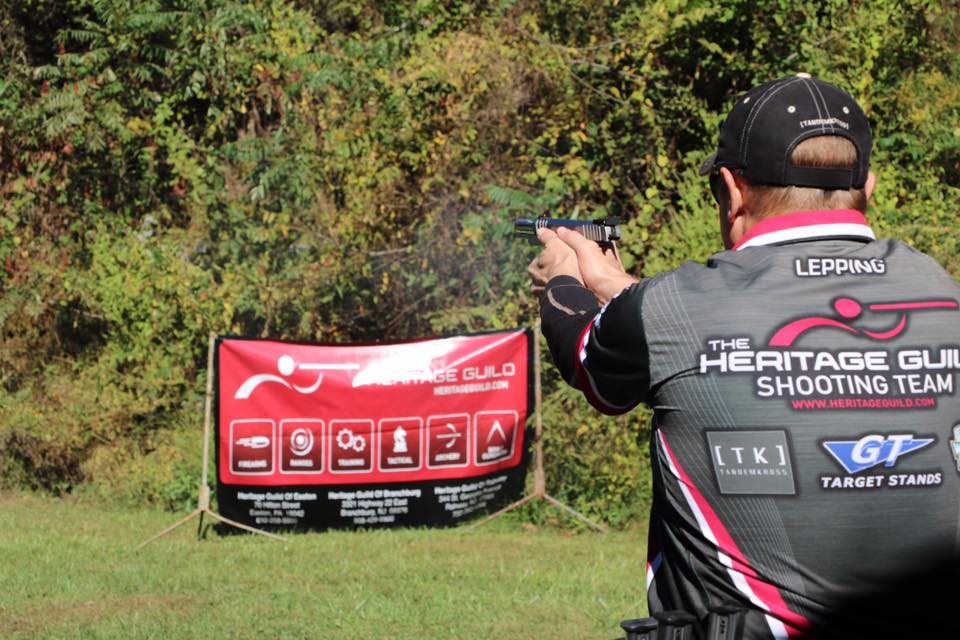 I had read some about going to a first match. I ran into some guys I had never met while trying to find my way around the gun club where the event was held. I explained that I was shooting my first match and they said that I was in great hands and took me under their wing and let me hang out with them for the match. After telling them the story about being a very new shooter and shooting very well in the match the guys invited me to shoot with them at a local weekly club league. After that I was hooked.

Luckily I was able to join a small gun club about a half mile from my work, where I practice a few times a week during my lunch break. I have put in a lot of practice since 2012 and have progressed very quickly in Steel Challenge. I am currently ranked as a Master in rimfire pistol open division, and high A in centerfire open. I put a lot of time into dryfire practice, using simulated Steel Challenge stages and also working on my draw. I do weekly live fire practice on the actual Steel Challenge stages and also working on other drills to work on my draw, shot calling, etc. I recently shot at the 2016 World Speed Shooting Championships in California. I finished 4th in Single Stack, 13th in Open and 19th in Rimfire Pistol Open.

Q: You play a big role in the East Coast Steel Challenge Championships event in Pennsylvania. How long has that event been held, and how did you first get involved in running it?

A: I am part of a team that has run the event since 2014 and act as the Sponsorship and Marketing Director. The team had an idea in 2013 to bring Steel Challenge back to the region since it had all but died off. All of us were new at running matches, begging sponsors for prizes, etc. Somehow over three years we took the idea and ran with it. This year the 2016 East Coast Steel Challenge Championship was the largest Steel Challenge match ever held anywhere in the world, with over 275 shooters shooting over 435 different guns, traveling from 19 states and two countries. We have a shooter coming all the way from Australia!

Q: You’re a member of The Heritage Guild Shooting Team. Can you tell me more about this team of sponsored shooters?

A: I met certain people from The Heritage Guild after they had signed on as a sponsor for our East Coast matches. After getting friendly with the staff I asked them if they had ever thought about starting a shooting team. They said they had often thought about it, but didn’t know anything about doing it. I volunteered to help and became the Captain of the team. We brought on myself and nine other shooters. We wanted to have good coverage across, so we brought on people that shoot many different disciplines, include 3 Gun, IDPA, USPSA, Steel Challenge, Sporting Clays, NSSF Rimfire Challenge, etc.

We have a husband and wife, a junior shooter, male and female. Many of the team members shoot major events throughout the region and also all across the country. Myself, Ryan Wagner and Dave Parsons recently traveled to California to shoot the 2016 World Speed Shooting Championships, and the three of us have traveled together for many other matches all around the country, including the US Steel Nationals in Florida and the 2015 Southeast Pro-am Championships in Georgia.

Q: What firearms do you use in Steel Challenge competition?

A: For Steel Challenge I shoot a Ruger® 22/45 Lite in Rimfire Pistol Open. I have custom built guns that I built myself for all of my centerfire divisions (Open, Limited and Single Stack). All of them are 1911 or 2011 variants and are specially built and tuned just for Steel Challenge. My 9 year old son also shoots Steel Challenge with me. This year is his 2nd year shooting matches and he runs a very hot-rodded Ruger® 10/22 rifle that of course is filled with TANDEMKROSS parts.

Q: What TK upgrades do you use in competition, and how do you think they've impacted your performance and the performance of your firearm?

The TANDEMKROSS parts have allowed me to fine tune my trigger and gun so it shoots very similarly to my centerfire race guns. The magazine bumpers let me be sure the mags are always fully seated, and the extractor and firing pin ensure the gun fires and ejects very reliably so my match isn’t ruined by equipment malfunctions. The TK “Game Changer” muzzle brake is very effective in keeping the muzzle from jumping too much so I can reliably track and predict where my red dot will be after each shot, which allows me to shoot faster and get to the next plate faster.

Q: What advice do you have for someone interested in getting started in Steel Challenge?

A: I tell many new shooters to not get caught up in the equipment race. “It ain’t the race car, it’s the driver”. I see too many people spend tons and tons of money on expensive guns thinking it will make them a better shooter. You can pretty much run an out of the box rimfire pistol for a long time and still be very competitive….if you know how to shoot. You are better off spending money on ammo and getting more trigger time and learning the fundamentals of shooting. If you don’t learn how to properly control the trigger, gun, grip, stance and learn to track the sights or red dot then you will never be highly competitive no matter what you shoot or how much you spend on guns.

There is some equipment that I recommend buying the best you can afford, such as red-dots. I see many people go through several cheap red dots that aren’t reliable, don't hold zero or can’t been seen in the bright sun. They would have been much better off just buying a higher end optic in the beginning. 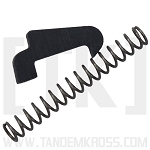 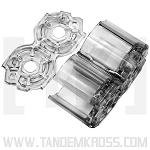 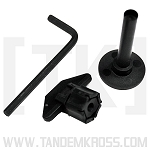 Magazine Assembly Tool with Pouch and Carabiner for Ruger® 10/22® 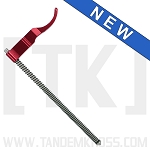 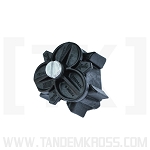 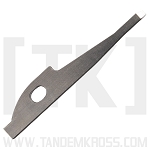 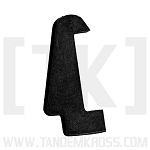 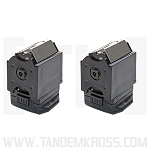 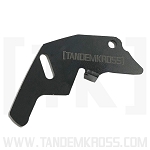 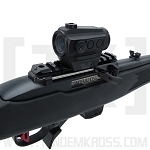 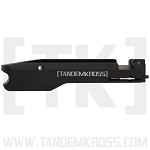 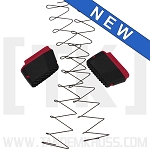 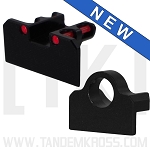 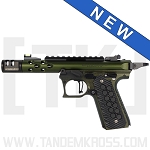