TANDEMKROSS is pleased to announce the next new face of TANDEMKROSS in the field of competition shooting! Riley Joy will join the already talented group of NSSF Rimfire competition sponsored shooters representing TANDEMKROSS. We are very proud of him for choosing us as his primary sponsor and we look forward to a great things coming from this young man.

Below, Riley describes her first experience in the sport starting with an AR 15!

“My name Riley Jensen and I am 11 years old. I started shooting when I was only 9 years old. It all started when my grandparents were hosting a shooting party out at our house and as I was watching. I then told my grandparents I wanted to try shooting. My grandpa got out the AR 15 with a 22 upper. He let me try it out and he thought I was pretty good. Jokingly he asked if I wanted to shoot the Ankeny match that following weekend. Not knowing he was kidding I said yes. It has turned out to be way more than I thought it would. My first match which was Ankeny, a week after I had a gun in my hand [for the first time]. I placed in the top half. Since that match, I have had the opportunity to shoot competitively in Missouri 2 times. I also shot in Texas, where I ranked in the top 20. I've been to Wisconsin where I got 7th overall, 1st youth and High Lady. I,ve been to two world matches in Arkansas where the first time I ranked 85th out of 167 and the second time 59th and 2nd youth Open Division . I have been to several in-state matches in Iowa. I have gone to competitions in Ankeny including my first match. The first time I went to Missouri, I got asked to join the team of Ozark Mountain Lead Slingers. I answered yes. When I went to the NSSF World match in Arkansas, the second time around I got asked by Bryan Haaker of TADEMKROSS to join Team TADEMKROSS. I told them that I would love to join. In the matches I have attended, I've shot two rifles which were AR 15 with a 22 upper which was the first gun I had ever shot. Also, a highly modified 10/22 made mostly of parts I've won at matches, which is the one I shoot now. I also have one pistol, which is Browning Buckmark that I started with back in 2014. I am very excited to be a part of the TANDEMKROSS team.”

For more information about TANDEMKROSS, please visit our website at www.tandemkross.com 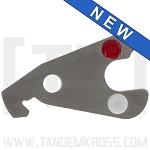 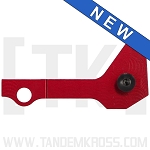 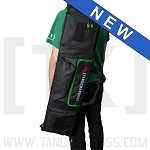